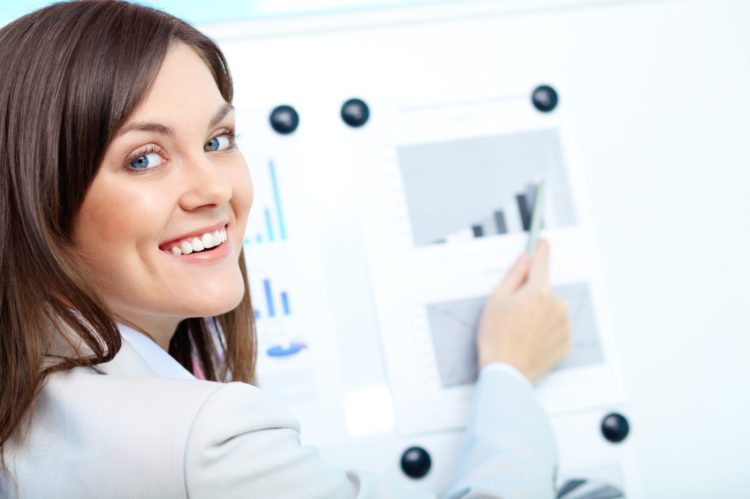 Appearance matters – and in some cases it pays. That’s what Jill Boyce learned when she straightened her teeth with Invisalign, and quickly felt a boost in confidence that improved her professional and personal life.

Jill is a business woman working in London, who at 42 decided it was time to do something about her crooked teeth. Yet, like most adults, she worried that metal braces would appear awkward when interacting with colleagues and business associates.

Then, her dentist made her aware of Invisalign – a procedure that uses clear, retainer-like aligners to straighten a person’s teeth – and Jill opted in. Apart from the family and close friends who she told about Invisalign, none of her colleagues even detected her treatment.

By the end of the treatment, Jill noticed her confidence spike, which benefited her both professionally and personally. When she was asked to deliver a one-hour video recorded presentation to 300 colleagues, she didn’t shy away like she previously would have.

Jill isn’t the only person who’s reaped the benefits of straighter teeth. Although it might seem unfair, numerous studies have shown that improving one’s appearance can help with job performance and prospects. We’ll detail three of those studies here, and then dive a little deeper into how Invisalign works.

1. First impressions only take a fraction of a second – A series of studies by Princeton psychologists Janine Willis and Alexander Todorov showed that forming a first impression of a stranger based on their face usually takes about a tenth of a second, and that those impressions don’t significantly change with longer exposure.

The psychologists’ study revolved around a handful of separate experiments to study first impressions from facial appearance, each focusing on a different trait: Attractiveness, competence, trustworthiness, likeability and aggressiveness.

Researchers showed participants photographs of unfamiliar faces for one tenth of a second, half a second or a full second, and immediately asked them to judge the faces for a given trait.

These responses were then compared to the ratings of the same photographs presented to another group who had no time constraints for studying the faces.

For each of the five traits, judgements made within a tenth of a second correlated strongly with those made without time constraints. Of the traits, participants were able to assess attractiveness and trustworthiness the quickest.

2. It pays to be attractive – In the 2011 book
Beauty Pays: Why Attractive People Are More Successful, research revealed that attractive people tend to be hired sooner, receive promotions quicker, and receive extra benefits and perks when compared to less attractive people. Similarly, the study found that CEOs of larger and more successful companies tend to be rated as more physically attractive than CEOs of smaller companies.

3. Entrepreneurs benefit from beauty – A recent study from Harvard found that investors were more likely to invest in a business if the person pitching it was ‘good-looking’. The study asked 60 experienced investors to watch video recordings of 90 randomly-selected pitches from hopeful entrepreneurs.

The results showed that ‘good-looking’ people were 36 percent more likely to receive an investment than those who were deemed unattractive.

Do these studies tell us that by improving your appearance, you’ll suddenly receive that job or raise you’ve long sought after? Not necessarily, but it does help. Even apart from the statistics, confidence can go a long way, as we saw with Jill.

That’s what makes having a great smile so important. When forming a first impression, a person’s smile is often one of the first things that gets noticed. If you want to improve your smile, Invisalign may provide the solution you’ve been looking for.

A Clear Solution to Crooked Teeth

Invisalign uses retainer-like transparent aligners to straighten your teeth or align your bite. You must wear the aligners for at least 22 hours per day, removing them only for eating or drinking. Then, every two weeks, you insert a new set of aligners to further shift your teeth.

Like Jill, most patients love that Invisalign corrects their smile without bulky braces. Moreover, the aligners are easy to remove, making it simple to brush and floss your teeth.

Average treatment time lasts between 8 months and a year, but differs widely by individual case.

To determine if you’re a good Invisalign candidate, set up a consultation with a dentist or orthodontist who supports Invisalign. An Invisalign Assessment Test can also be a good indication, but only a certified expert can tell you with certainty whether or not Invisalign will work for your case.

Improving your smile and appearance may have a larger effect than you realize. As Jill and numerous studies reveal, a better smile can lead the way to a better and brighter future with friends and colleagues alike.