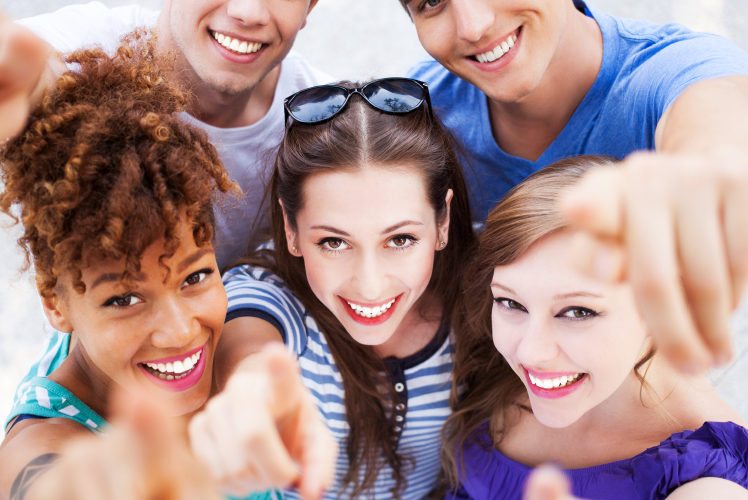 Improving your smile benefits more than just your teeth and gums. In fact, recent studies have proven that people with healthier teeth who smile more often can improve their happiness, overall health and even their career.

Fortunately, dental advancements, such as Invisalign, veneers and full mouth reconstruction can grant anybody a beautiful smile. Consider the ways that getting the smile you’ve always dreamed of can make you a happier, healthier and more successful person.

How a Better Smile Can Improve Your Life

Having a smile that you’re proud of can improve your life in a myriad of ways. It’s not just the physical smile itself, but the confidence it can instill. Here are seven ways that you can benefit from having a healthier smile, and therefore smiling more often.

1. Improves career – As discussed in this article, a recent study by Oral B found that people with white teeth are perceived to earn nearly $17,000 more annually than those with stained teeth. Furthermore, the study said that a good smile doubles the perception of having a university education.

The article gives the example of an insurance agent who they refer to as “James” (not his real name, but based on a real person). James was struggling to become a top salesperson when his girlfriend persuaded him to finally fix his crooked teeth, which she believed had been holding him back.

Just a few months after finishing his procedure, James brought his dentist a celebratory bottle of champagne: He had become the top salesperson and doubled his sales income.

2. Improves happiness – For this section, we’ll draw on a study detailed in this article. The study was conducted in 1989 by psychologist Robert Zajonc, who wanted to determine the emotional significance of producing a smile.

In his study, he asked subjects to repeat vowel sounds that forced their faces to create different expressions: Making an “e” sound to stretch the corners of the mouth outward, or a “u” sound to create a pouting expression.

The findings were clear. When asked questions revealing a person’s emotional state, subjects who had made the “e” sound reported being much happier than those who produced the “u” sound.

Dr. Zajonc concluded that the act of smiling has a positive effect on various parts of the brain to promote feelings of happiness.

3. Reduces stress – A study called “Grin and Bear It: Smiling Facilitates Stress Recovery” asked subjects to hold chopsticks in between their teeth, forcing them to either create a neutral smile, a standard smile or a genuine smile. Then, subjects participated in a series of stressful activities.

Researchers found that subjects who produced a genuine smile during these activities recovered with lower heart rates much quicker than non-smiling participants.

5. Improves concentration and motor skills – This Japanese study required university students to complete various motor-based activities before and after viewing pictures of cute babies or animals that induced a smile.

The study found that the students were able to concentrate at a higher level after viewing the smile-inducing pictures, thereby improving their performance of various activities.

To do so, they asked participants to partake in a reward-based cooperation game with one other person. The kicker? Participants were first shown a picture of their partner either smiling or not smiling.

Because cooperation is such a large factor in relationships, researchers concluded that by fostering cooperation, smiling can also improve romantic and non-romantic relationships between individuals.

7. Improves cognition – The goal of this study was to explore whether or not smiling could “broaden” a person’s cognitive function while completing certain tasks.

To study this, researchers elicited genuine smiles from participants by presenting them with positive emotional stimuli. Afterwards, participants completed several tasks that tested their visual processing as well as their spatial orientation awareness.

The results were staggering. Participants demonstrated improved cognitive abilities for both tests after being presented the positive stimuli that produced a genuine smile.

What do all these studies tell us? They prove that smiling doesn’t just look good – having a healthy smile as well as smiling frequently can be a key in having a happier, more successful life. Now that’s something to smile about.